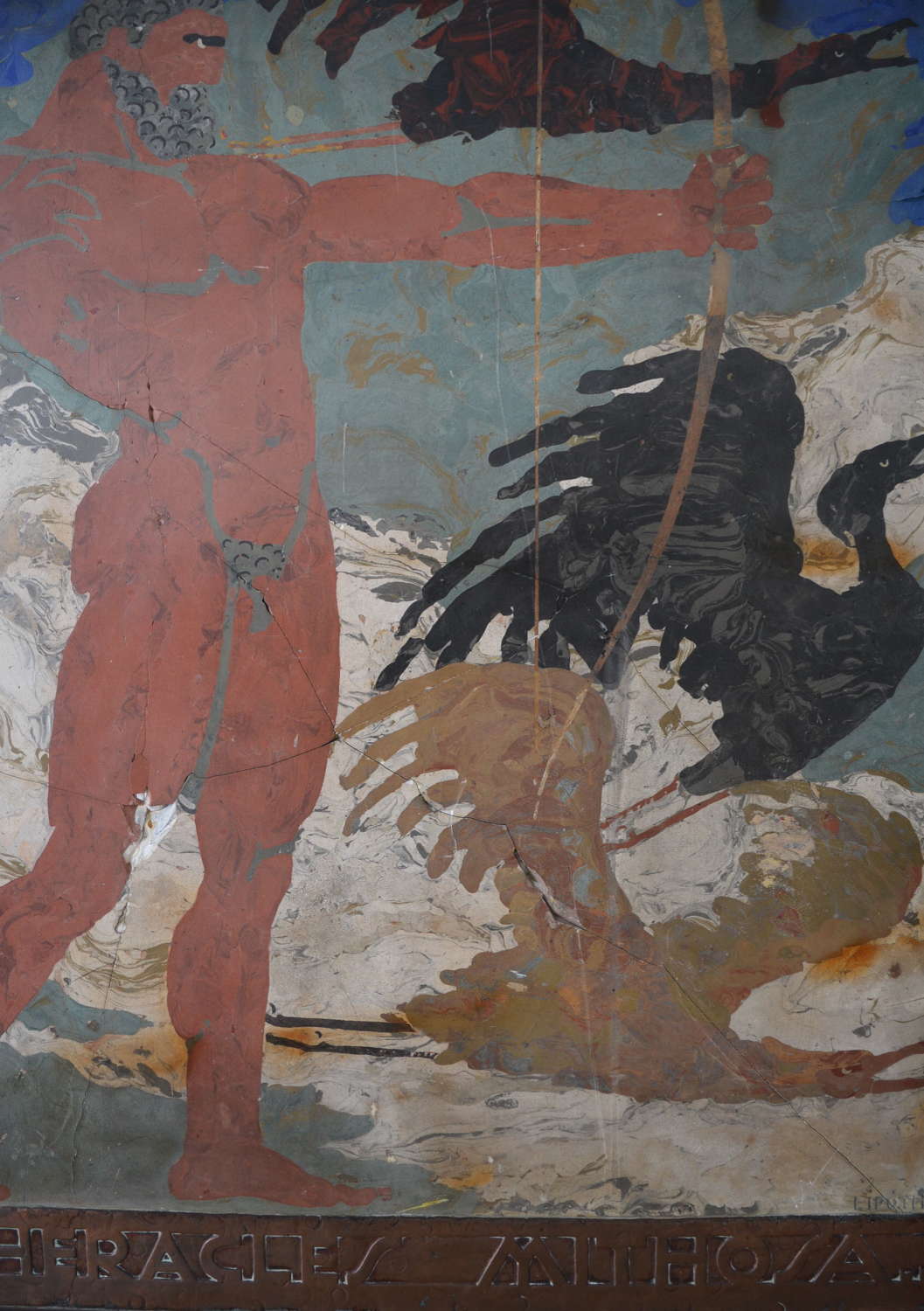 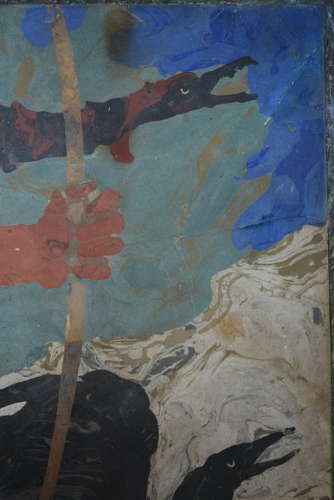 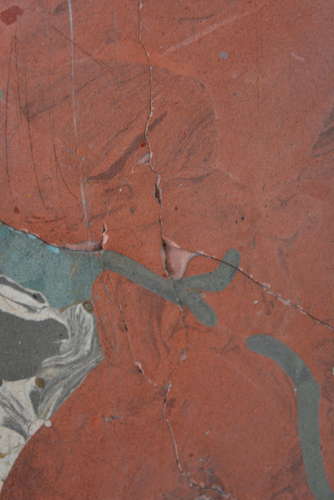 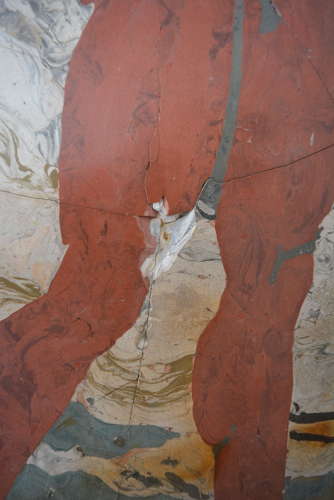 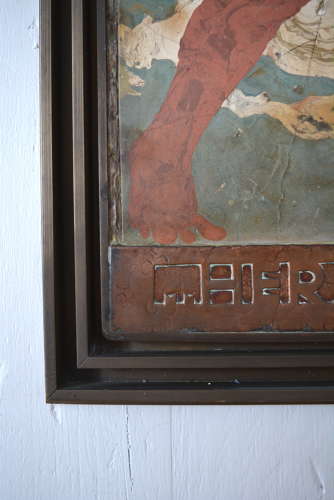 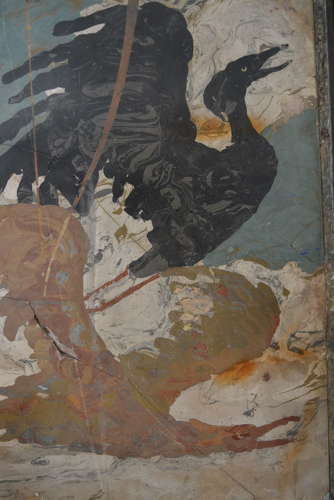 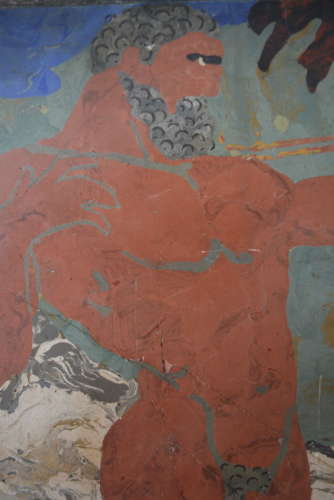 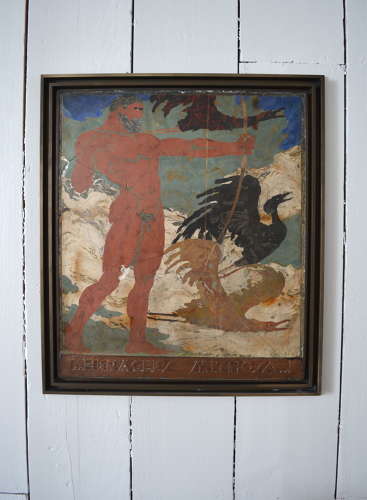 SCAGLIOLA PANEL OF HERACLES AND THE STYMPHALIAN BIRDS

SCAGLIOLA IS A TYPE OF PLASTER USED IN ARCHITECTURE AND SCULPTURE.  THE TERM ALSO IDENTIFIES ELEMENTS THAT RESEMBLE INLAYS IN MARBLE.

The Stymphalian Birds are man-eating birds with beaks of bronze, sharp metallic feathers that can be launched at their victims, and poisonous dung. They were pets of Artemis, the goddess of the hunt. They migrated to a marsh in Arcadia to escape a pack of wolves and there they bred quickly and swarmed over the countryside, destroying crops, fruit trees, and townspeople. The Stymphalian birds were defeated by the hero Heracles (Hercules) in his Sixth Labour for Eurystheus. Heracles could not go into the marsh to reach the nests of the birds, as the ground would not support his weight. Athena, noticing the hero's plight, gave Heracles a rattle called a krotala, which Hephaestus had made especially for the occasion. Heracles shook the krotala rattle and frightened the birds into the air. Heracles then shot many of them with arrows tipped with poisonous blood from the slain Hydra . The rest flew far away, never to plague Arcadia again. Heracles brought some of the slain birds to Eurystheus as proof of his success. The surviving birds made a new home on an island in the Euxine sea where the latter encountered them.

Please fill in the information below